Microdosing can have many positive effects. This becomes clear from the many experience reports we receive from you. However, we find it equally important to pay attention to the possible negative effects one might experience when microdosing. Therefore, we are grateful that members of our Facebook group wanted to share their negative microdosing experiences with us. Have you also experienced a negative or unpleasant effect from microdosing? You can share it with us here.

Sven tried microdosing with 0.57 grams of fresh truffles, which he took along with a cup of tea on an empty stomach. An hour later, he felt a slight headache set in.

“Not knowing what caused the headache, I thought it might have had something to do with the fact that I had not drank any coffee or had eaten anything. Unfortunately, after eating some food and drinking a cup of coffee, the headache only got worse. Finally, I had to lie down because the discomfort became too much. I was also feeling a bit nauseous and restless but this could be due to the discomfort I felt from the headache. After about four to five hours the headache was gone.”

Alarmed by the side effects he consulted the Internet, where he found out that the headache could actually have been a result of the coffee. After all, getting headaches when microdosing can be a result of dehydration. He took the next dose two days later (according to the Fadiman protocol) but reduced it to 0.39 grams. He combined this with multivitamins, magnesium and plenty of water. He refrained from drinking coffee that day. Unfortunately this was of no avail: after an hour he felt a headache coming up, which gradually became more severe. He took a paracetamol and fell asleep on the couch.

“Because of all the positive stories I heard about microdosing, I didn’t want to give up on it just yet. I decided (after consulting with Hein from Microdosing.nl) to give it another try, but with a different substance: dried/capsulated (Golden Teacher) mushrooms or ALD-52. The microdose I took was a capsule with 0.25 grams of dried mushrooms. Unfortunately, this didn’t help. After about an hour the same kind of headache appeared. This one was less severe, but still so bad that I couldn’t ignore it and had to go back to bed.” 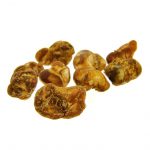 Sven decided to follow Hein’s advice, and continued his microdosing trajectory with five drops of ALD-52.

“I noticed that I was staring a lot, which somehow felt quite pleasant. I also noticed that I felt dreamy and was easily distracted. Two hours after the microdose I suddenly became extremely sleepy. Four hours in, I just couldn’t stay awake anymore. After sleeping for about an hour I woke up feeling somewhat restless. As far as I’m aware, I don’t have any noteworthy effects other than the fact that I’m still very tired.”

After this, he tried one more microdose of three drops of ALD-52. Unfortunately, this had little effect – except for a slight fatigue and a few of the “staring moments” he mentioned before. For now, he decided to discontinue his microdosing experiment. 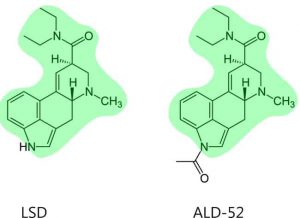 José also sent us a report. She tried microdosing with the San Pedro cactus. On her microdosing day, she noticed that she paid more loving attention to herself. She took more time for activities like yoga, meditation and healthy food. The day after the microdosing day she felt even more energetic and happy.

Unfortunately, she also experienced negative effects. After microdosing, she often felt nauseous and tired. On top of that, the effects were so unpredictable that she could only do it on days where she didn’t have any obligations. Therefore, keeping a regular schedule was impossible for her.

She also failed to find her sweet spot in terms of dosage. The recommended minimum dose of one gram proved to be too strong: although the day started out great, she felt nauseous and tired after a few hours. After this she tried different dosages between 0.5 and 1.5 grams, but this did not give her the San Pedro experience she had hoped for. Mostly, she didn’t notice any effects, and one time it even made her feel depressed.

“To be honest, these four weeks haven’t done much for me. I found it hard to take my time and be fully aware of the effects. A restless and uncertain period in my life and my sensitivity to over-stimulation sometimes caused me to “forget” that I was in this microdosing process. At first I was looking after myself and my body very well, but a few days later I started drinking (too much) wine and eating junk food again. Balance can be an issue for me. I would like to try it again in the future, but at a less hectic moment. All in all, I still found it fun and interesting to experiment with microdosing San Pedro.” 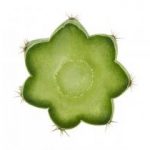 The following report is from a married couple: Wouter and Lucy. Wouter writes about his experiences with microdosing. Lucy did not microdose, but did report on how she experienced her husband during his microdose journey.

Wouter is a 48-year-old man with little to no mental or physical issues. He first heard about microdosing through acquaintances. Curious about what it could do for him, he decided to give it a try. He started with four drops, but eventually found his sweet spot at eight drops.

“For me, the greatest benefit was the ability to completely focus on the things I was doing. (…) Another positive effect I found was that I could become one with my thoughts, and understand and articulate them better. My libido also increased a lot.

The disadvantages for me were that, being the thinker that I am, I started to think even more in terms of possibilities, and would tend to become very indecisive. It also intensified the state of mind I was in, which could cause me to consider things that weren’t real or weren’t relevant at all at that moment. I quit after 10 weeks.”

“The adverse effect was that a certain suspicion arose in him. This came as a surprise to me and led to a misunderstanding between the two of us. Yet, in the end, good and beautiful conversations emerged from this, resulting in more mutual understanding.”

Lies sent us a message about the hives she suffers from since microdosing. She experiences this when using mushrooms, but also with LSD. When going to bed she reports feeling itchy all over her body. Fortunately, an antihistamine pill usually helps. She has always been prone to allergic reactions, but since she started microdosing, it has gotten much worse.

“I am incredibly sad about having this physical reaction. I stopped taking my meds, and microdosing is starting to really work out for me. I definitely don’t want to have to stop because of the itching.” 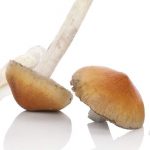 It remains remarkable that microdosing provokes so many different reactions. For example, for some individuals it treats migraines and cluster headaches. For some others, it actually causes headaches. Psychedelics can have an anti-inflammatory effect, but can also provoke a histamine reaction in some people. This fact currently raises more questions than answers.

Microdosing is and will remain research in progress. Please continue to send us your experiences – positive or negative – so that we can continue to provide each other with comprehensive and realistic information. 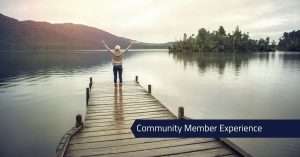 Community member Edo shares with us how microdosing psychedelics led to an unexpectedly wide range of improvements in his life – both mentally and physically. He summarizes his journey to 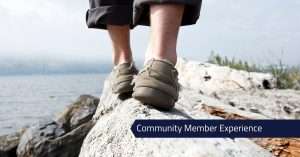 Microdosing Experience: How Microdosing and Plant Medicine Balanced Me During Burnout

Five years ago, microdosing community member Amier found himself in a major burnout. In this interesting report, he writes about how plant medicine ceremonies and microdosing San Pedro helped him in his recovery.