This microdosing experience is about microdosing in combination with Zoloft. Many people have joined the microdosing community looking for something to combat their depressive episodes. Although some people report that microdosing relieves their depression enough to not have to rely on antidepressants, for others that doesn’t suffice.

We want to thank community member Mark, who wrote a report on the effects of microdosing in his wife. She has been using Zoloft for about twenty years, due to severe depression. She microdosed to help her slowly wean off her antidepressants.

Please note: unfortunately, the effects of psychedelics in combination with antidepressants have not been studied as thoroughly as they should. Even though we haven’t seen many severe adverse effects, we advise you to consult your psychiatrist or medical doctor if you intend to wean off antidepressants, and always be careful when combining substances.

My wife has had symptoms of depression since the age of thirteen. When she turned twenty-one, she started taking Zoloft, a selective serotonin reuptake inhibitor (SSRI) antidepressant. Today, twenty-five years down the line, she is still taking it. Our doctor repeatedly recommended for her to wean off this medication, but life without it was just unbearable for her.

When she was pregnant with our first child, sixteen years ago, she had to stop taking Zoloft. A horrific year followed. Her pregnancy and the months after giving birth were an absolute disaster. She would stay in bed with the curtains closed, even on hot summer days. Often completely numb and in tears. When our son was born, she could not enjoy it one bit. She hated her life, and was unable to function. As experts told us later, she should have been hospitalized at that point. Only when she got back on the antidepressant, life took a better turn. After some months on Zoloft, she was alive and kicking.

Just for the record: I would never claim that antidepressants are bad. I really don’t believe they are. In fact, they saved my partner’s life. However, they do come with many side effects.

She tried to reduce her dose to 50 milligrams, which is half of the usual dose. It only took three days before life started feeling unbearable to her again. This happened on and off. Eventually, she stopped trying. She came to terms with the idea that she would take antidepressants for the rest of her life.

After extensive research on the internet, and reading some books on microdosing, we decided to take one last chance and try microdosing. We went with the protocol developed by James Fadiman: take a microdose on day one, wait for two days, and then take the next dose.

There were several options for microdosing substances. Because she would still be on Zoloft, the safest option seemed to be microdosing with psilocybin, in the form of  homegrown ‘magic mushrooms’. We live in The Netherlands, so this would not pose a problem in terms of availability.

The sweet spot for most people with dried mushrooms is around 200mg (0,2g). One-tenth of a ‘regular’ dosage for tripping. However, there is absolutely no way to define a sweet spot for a person on an SSRI. Years before, we had a large dose of psilocybin truffles on one occasion. It had sent me off the charts, but she just looked around and felt bored for hours straight. Nothing happened!

We decided to go with 200 milligrams of dried B+ psilocybe cubensis. However, we built up the dosage, starting with only 25 milligrams. We increased the dosage in steps of 25 milligrams every three days.

Just as a precaution. We had read about serotonin syndrome, so we wanted to be on the safe side. If she had an adverse reaction, it would show up lightly, as was our idea. Luckily, nothing happened.

To wean off Zoloft, it’s of utmost importance to go very slow. The body has to adjust to the lower levels of serotonin. I bought a very precise weighing scale, 1/1000 of a gram. I used a mortar to grind up the Zoloft pills and put it in 000 capsules, the biggest, mainly for easy aiming. We used the following protocol for the Zoloft:

So, every five days, she decreases her Zoloft dosage with 2 milligrams less than before. It took a  grand total of 250 days before reaching zero.

She is currently on 20 milligrams of Zoloft, only one-fifth of the amount she had been taking for twenty years. For me, it is an absolute miracle seeing the transformation so far. Her overall mood is good, and she feels more grounded. She described her previous state as having clouds in her head. But now, the fog has clearly lifted. In arguments, she now is sharp. In the past I could see her eyes go blank quite regularly, the Zoloft somehow seemed to take up processor speed. She used to experience severe hair loss at times, but now it’s growing healthily. Her weight is healthier than before. She also procrastinates less.

In all, her ‘real self’ is unfolding piece by piece, with the help of 200 milligrams (0.2 gram) of microdosing of psilocybin mushrooms. She seems to be entering a little rougher waters now, but we have good confidence it will be a success.

Not only the microdosing mushrooms does the trick

It’s important to state here that my wife has worked hard on herself for many, many years. She tried all kinds of therapy. The mushrooms help her keep a clear head and think straight again. It is not only the mushrooms that do the ‘magic’!

Currently, things are getting rough. My wife is doing all the necessary things like exercise, good food, and supplements. Still, she seems to be entering rough waters now at 20 milligrams. When she started taking a dosage lower than 26 milligrams, we noticed her depression symptoms started coming back.

If you are a licensed psychiatrist op to the safe use of psychedelics and can help sending an email to info@microdosing.nl

I want to thank Albert Hofmann, Dr. James Fadiman, Ram Dass, Terence McKenna, Michael Pollen, Ayelet Waldman, Paul Stamets, and the hundreds of pioneers for informing us about psychedelics, sometimes even with concern for their own safety.

Also, I’d like to thank the Microdosing Institute team and other internet forum communities like Reddit. So many people donated their time by writing first-hand stories, so people like us could make a well-informed decision.

3 thoughts on “Microdosing Experience: Microdosing, Depression, and Weaning off Zoloft” 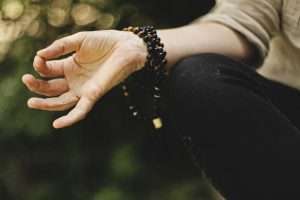 Our community member Maaike Boere shared her microdosing experience with us. She has had positive results for her PMS symptoms and much more. Thanks so much, Maaike for speaking out

For a few months now, I have had the pleasure of guiding and coaching Selah Sue on her microdosing journey. She shared her experience in the leading Belgian newspaper De