The San Pedro cactus (Echinopsis pachanoi and Echinopsis peruvianus) is a fast-growing cactus native to the Andes region in South America. When microdosing San Pedro, you’re in fact microdosing the psychedelic substance mescaline. Mescaline is an alkaloid that is also naturally present in other cacti, including peyote (Lophophora williamsii), Cuzco Cactus (Echinopsis Cuzcoensis), and Bolivian Torch (it’s additionally available in synthesized form). Mescaline is a relatively safe substance that has extraordinary properties in high doses and can also be a wonderful substance for microdosing. 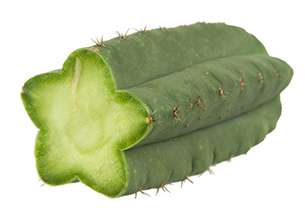 History of the San Pedro cactus

Indigenous peoples in Mexico and South America have been using San Pedro and peyote for ceremonial and ritual purposes for over 5000 years. The Huichol tribe of Mexico, for example, believes that the cactus has healing properties. They believe that mescalito—the cactus’ spirit— gives the user wisdom, life lessons, and healing advice.

Europeans discovered peyote after Spain conquered Mexico in the early sixteenth century. Attempts to suppress its use, predominantly by missionaries, were unsuccessful. In fact, after being forced into reservations, peyote rituals spread further to Native Americans of the plains in the United States, such as the Osage Nation.

Mescaline was isolated from peyote for the first time in 1897 by the German chemist Arthur Heffter. It played an essential role in the work of the American chemist Alexander Shulgin, who used it as a starting point for synthesizing several new psychedelic substances. Unfortunately, mescaline was never thoroughly researched for its potential therapeutic effects because in the 1950s research abruptly shifted to LSD—a synthesized psychedelic with similar attributes but fewer side effects.

Legality of the San Pedro cactus

Internationally, mescaline is classified as a Schedule I drug, which means in the eyes of the law, it’s considered to have “no currently accepted medical use and a high potential for abuse”. Only medical and scientific research with mescaline in humans is allowed under the 1971 UN Convention, but research with psychedelics proves incredibly difficult in practice. Additionally, the Native American Church (NAC) in the US has an exemption to use peyote for religious purposes only.

Even though mescaline is illegal, the psychoactive plants which contain mescaline are legal or decriminalized in many countries (including the Netherlands and the United Kingdom). Therefore, you can obtain these plants from plant shops and garden centers or specialized vendors of mescaline-containing cacti.

We’d like to note that, unfortunately, the peyote cactus is nearly extinct. As it’s an important plant medicine in Native American communities, it is recommended that usage is reserved for these indigenous communities. San Pedro, however, is widely available and not at risk of extinction, which is why when it comes to microdosing with mescaline, we strongly recommend microdosing San Pedro over other mescaline containing cacti. Learn more about the ethical use of plant medicines here.

Mescaline cacti are peeled and boiled into a juice or dried and then consumed. The taste can be very bitter, but one way to dispel the bitter taste is to drink pineapple juice or grapefruit juice while chewing. A high dose of mescaline is between 300 milligrams to 500 milligrams and from this type of cactus it induces a peaceful, colorful, warm, mystical state of being. San Pedro has a milder effect than peyote because peyote contains additional alkaloids. It’s not uncommon to experience some nausea and stomach cramps in the first hour after consumption.

Mescaline is widely regarded as one of the most gentle, insightful, and euphoric psychedelics. It emphasizes bodily and tactile sensations more than psychedelic tryptamines such as psilocybin or DMT, which have a more intense headspace and dynamic visual geometry. Because of its mellow, organic, yet complex nature, people see high potential in the use of mescaline in psychedelic therapy.

Mescaline, short for 3,4,5-Trimethoxyphenethylamine, is part of the phenethylamines class, which includes MDMA and several antidepressants. The bitter taste associated with San Pedro and peyote stems from the mescaline specifically; it’s a great indicator you are consuming a real mescaline-cactus. Like many other psychedelic substances, including LSD and psilocybin, it binds to the serotonin receptors in the brain. Researchers are still searching to explain how this leads to a psychedelic experience when consuming these substances.

According to experts at Jellinek, the Dutch National Health Service addiction clinics, there is no risk of addiction to mescaline; however, there’s a relatively high chance of developing a tolerance. That means that at some point you need a higher dose to feel the same effect. However, adverse psychological reactions can happen to people predisposed to the following psychological or psychiatric disorders:

Possible negative physical side effects include:

Some possible risks occur when combining several (safe) substances. The following list includes contraindicated combinations with mescaline, although this might not be exhaustive. We suggest avoiding combining substances when microdosing San Pedro. 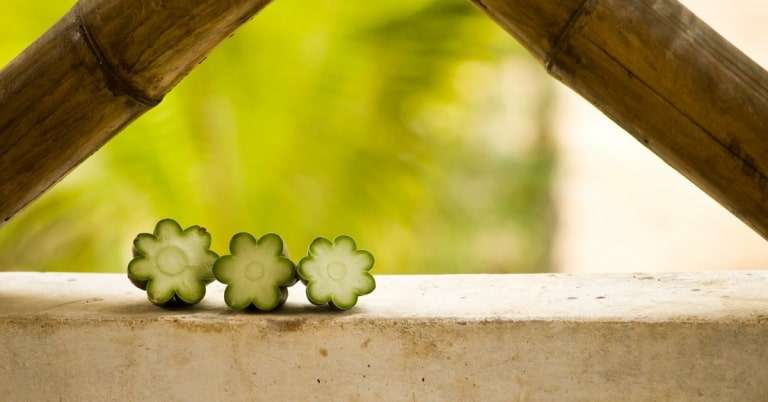 Currently, little is known about microdosing San Pedro; however, we have collected several anecdotal stories from community members and combined them with our own experience to come up with three important observations:

The average dosages for microdosing dry San Pedro are:

During a two-month microdosing experience, we’ve discovered a few differences in microdosing San Pedro in comparison to magic mushrooms. Please note that this is our observation; it’s not based on scientific research.

The single most important reason these cacti are not a popular trip drug by themselves is that mescaline can vary significantly from one cactus to another. This depends, among other things, on the species, the age, and the place of growth of the cactus, which makes accurate dosing a challenge.

One “risk” to look out for is that various smartshop or online shops offer cacti that barely or don’t contain mescaline. Therefore, we advise buying your San Pedro cactus from a specialist. Our partner shop, Microdose.nl, is a verified seller of mescaline-containing cacti.

Ready to shop for San Pedro? 🌵

Our partner Microdose.nl offers legal, and organic products for microdosing San Pedro. Shipping within the European Union only.
Shop now

How to prepare your dose for microdosing with San Pedro

Each cactus has a different mescaline content. If you are going to microdose with San Pedro and want to take the risk of processing it, it’s advisable to start with a number of cacti at the same time. This way, you can mix them all and ensure that you won’t have to look for the right dose every time you prepare a new cactus. An average microdose of dried San Pedro cactus is between 1.0 and 2.0 grams.

Mix everything you have left into a paste. This will ensure that the mescaline will be evenly distributed throughout your whole batch of San Pedro.

Put the San Pedro in a boil and leave it to dry. To speed up the process, direct a fan onto the San Pedro paste. Make sure it’s crispy dry.

When everything is crispy dry, you can grind everything into a fine powder. This works best using an (electric) coffee grinder.

To make microdosing San Pedro as effortless as possible, you could encapsulate the powder and prepare your microdoses ahead of time. With two San Pedro cacti of 30 centimeters high and 5 centimeters in circumference, you’ll be able to prepare between 25 and 30 capsules of 0.5 gram each. If you don’t feel like tinkering with it for a long time, you can use a capsule machine.

If it’s your first time microdosing San Pedro, it’s important to find your “sweet spot” or optimal dose. To find out which dose is your sweet spot, start with the lowest dose (1 capsule of 0.5 gram). If you feel this microdose is too low, take a higher dose the next microdosing day (2 capsules for a total of 1.0 gram). For more in-depth information, read our guide on how to microdose.

NOTE: Keep in mind that this is a rough indication. The potency of each batch depends on the size of the cacti, their potency, and the amount of flesh you cut and use from the cactus. This means that each time you dry the cacti, you then have to find your sweet spot for this specific batch. A good rule of thumb is; the whiter flesh, the weaker the potency.

After determining your sweet spot, you can get started with microdosing San Pedro. We advise microdosing once every three days (following the Fadiman protocol).

Another option for microdosing mescaline

The process of drying, powdering, and encapsulating is not very difficult, but it takes a little dedication and patience. Processing psychedelics like San Pedro is not legal in the Netherlands and many other countries. If you want to start microdosing mescaline right away, an unregulated synthetic analog is currently available in most countries in the European Union.

Your story is powerful

Your experience can help orient other microdosers, and benefit the community at large. Consider taking a couple of minutes to write down your experiences with microdosing (positive or negative).
Share your story