Magic mushrooms is a well-known nickname for all mushroom species that contain the psychoactive substance psilocybin. Magic mushrooms, also known as Psilocybin mushrooms or Shrooms, are probably the most appreciated psychedelic medicine known in the Western world. This is also true for the microdosing community.

Psilocybin containing magic mushrooms can be found all around the world: there are than 200 mushroom species of them. You may or many not know that after ingesting magic mushrooms, the psilocybin gets metabolized by our body into psilocin, which is the actual active compound that provides the psychedelic effect.

In nature, mushrooms or fungi, are the fruit of a vast network of cells called mycelium. Mycelium has a thread-like structure and that’s how it can form extensive networks that exchange information and nutrients. For example, in the soil of the U.S. state of Oregon is the largest known fungal network in the world. It extends over an area of nearly 50 square miles (124.5 square kilometers or 1750 soccer fields). 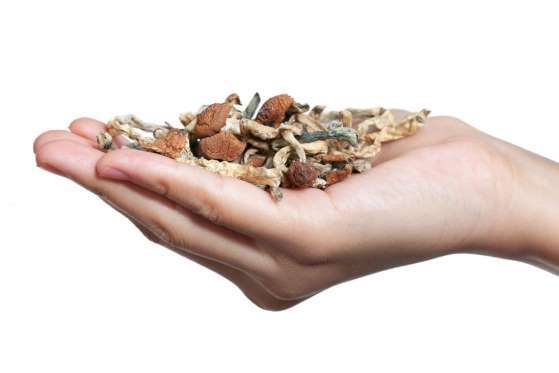 Traditional use among indigenous cultures as a messenger of Mother Earth dates back thousands of years. In these original traditions plant, medicine would never be separated from the ritual, which gives a much deeper meaning to the whole experience. Psychonauts like Terence McKenna and Graham Hancock even go have argued that psychedelics—such as psilocybin—may have played a fundamental role in human evolution and history. At least, as far as our self-awareness and abstract thinking abilities are concerned.

Numerous mushroom-shaped figurines and wall paintings in the area of Central America and Chile point that it’s likely that ancestors of the Aztecs  aware of the psychoactive effects of certain types of mushrooms thousands of years ago. The significance of these findings is still not entirely clear, but it seems that Magic Mushrooms were used primarily for medical and religious purposes and played a major role in everyday life.

The first written evidence of the consumption of Mushrooms comes from the Spanish conquistadors who, when they took up residence on the American continent, noted in their logbooks the customs and practices of the indigenous people. One of the oldest notes found comes from the 16th century by a Spanish monk Bernandino de Sahágun:

“Before sunrise they ate the mushrooms with honey, and when this excited them they began to dance, some laughed, others cried. (…) Some sat as if in deep thought. Some saw themselves dying; some saw themselves being eaten by a wild beast, others imagined themselves capturing their enemies in battle. Some believed they had committed adultery and that their skull would be cleaved as punishment.”

The Spaniards did not allow beliefs other than the Catholic faith and banned the mushroom rituals, which they said were “primitive and inhuman. They even put the death penalty on them.

Mushroom ceremonies with Native American and Catholic spiritual influences were still being held in South America. The first white person to participate in such a ritual was an American R. Gordon Wasson. In 1955 his search for “the secret of the mushroom” guided him to the Oaxaca region of Mexico—the territory of the Mazatec people. Near the town of Huautla de Jimenez lived the famous healer, Maria Sabina. She eventually invited Wasson and his photographer Richardson to a nighttime Velada.

Back in New York, Wasson further studied the Magic Mushrooms together with French mycologist Roger Heim. Together, they identify seven different hallucinogenic mushrooms. In 1957, Wasson wrote a major article these Magic Mushrooms “Seeking the Magic Mushroom” in the American magazine Life. The subtitle was, “Great adventures in the discovery of mushrooms that cause strange visions.” It was published in English and Spanish and was read all over the world and hit like a bomb—an unprecedented mushroom craze begins.

Currently, only in Brazil it’s legal to possess, consume, and sell Magic Mushrooms—although the ingredient psilocybin is officially banned. Illegal activities in Brazil are required by law to have particular regulations written regarding them; however, there are none connected to producing or selling fresh mushrooms.

Magic Mushrooms are listed as a Schedule I drug in the United States, which means that they are considered to have “no currently accepted medical use and a high potential for abuse“. Surprisingly, buying Magic Mushroom spores is legal in most states and Canada (except California, Georgia, and Idaho), as long as you don’t intend to use them to grow mushrooms. Growing them is allowed in New Mexico. Several cities, including Denver and Oakland, have decriminalized Magic Mushrooms, and additional US cities may follow suit and enact their own magic mushroom legislation. Oregon made history by being the first state in the United States to decriminalize all drugs outright in 2020.

In Costa Rica, the legal status of Magic Mushrooms is unclear, and psychedelic retreats are available to the public. There appear to have been no arrests in Costa Rica due to magic mushrooms so far. Although the sale and transportation of magic mushrooms are prohibited in the British Virgin Islands, possession, and personal use are legal. Vendors may even be selling them to visitors without apparent repercussions. There don’t appear to be restrictions on the usage of Magic Mushrooms in Jamaica, and there are even a few shroom retreats there.

In Europe, Austria, Spain, and Portugal have decriminalized Magic Mushrooms, meaning you can possess small amounts without going to jail, and the Czech Republic has decriminalized the cultivation in small amounts. In the Netherlands, psilocybin mushrooms are illegal. However, Magic Truffles also contain psilocybin and are legal. Except that Magic Mushrooms are significantly more potent, there is not much difference, and both are suitable for microdosing.

In all other countries, Magic Mushrooms are illegal to possess, grow, sell, and consume.

The effects of Magic Mushrooms

Many people think that natural substances such as magic mushrooms, cannabis, and mescaline are sacred herbs that can help individuals achieve higher spiritual states. Others consume magic mushrooms to feel euphoric, connected, and have a warped sense of time. The effects take 20 to 40 minutes to begin and can last from four to six hours. The effects of magic mushrooms are influenced by several factors, including dosage, age, weight, personality, emotional state, surroundings, and mental illness. The hallucinogenic effects are about the same as LSD, although psilocybin is 200x less potent and additionally has a shorter duration.

The subjective effects of high doses of Magic Mushrooms include:

Notably, the intensity and duration of effects produced by psilocybin mushrooms can vary greatly depending on factors such as species and batch, which can complicate standardized dosing information. 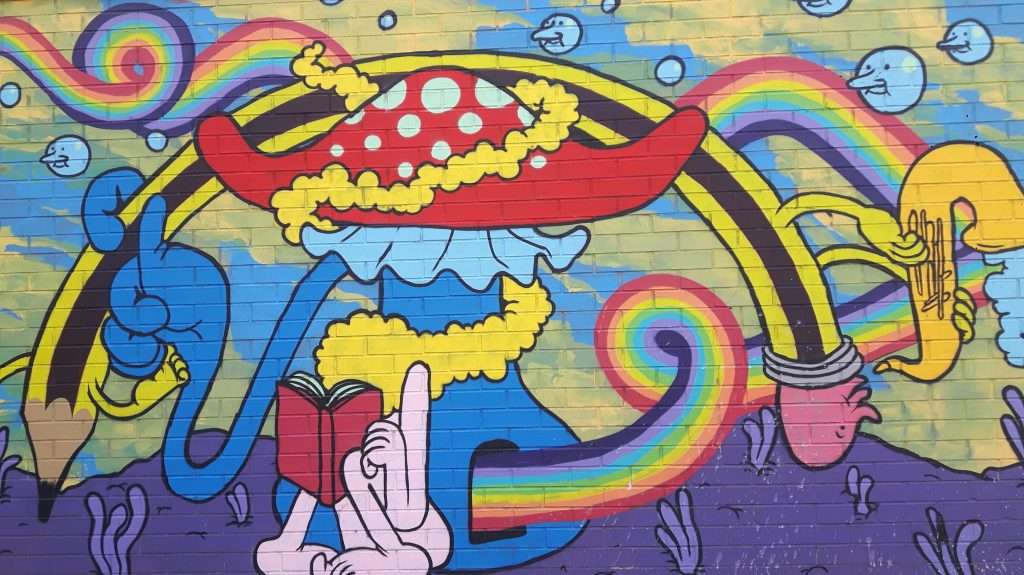 The main active substances of the mushroom are psilocybin and psilocin. Only psilocin is proactive but is very unstable and breaks down when you dry the mushroom, while psilocybin can last much longer (a 115-year-old mushroom was once found that still contained it). Psilocybin is a prodrug, which means that our liver metabolized it to psilocin. It then acts at the serotonin receptor to produce the typical psychedelic effects.

Other compounds in magic mushrooms have been discovered over time, including psilocin, baeocystin, norbaeocystin, and aeruginascin. Thanks to growing interest in the potential therapeutic uses of psychedelics, scientists are investigating Magic Mushrooms at a fundamental level, figuring out what molecules are in them.

Unlike other prohibited substances, Magic Mushrooms are neither addictive nor physiologically toxic. However, adverse psychological reactions can happen to people predisposed to psychological or psychiatric disorders. Some possible, but rare, negative side-effects are:

The therapeutical applications of psilocybin in high doses are promising. These are exciting times for the scientists working on this. PTSD, existential fear in terminal patients and depression are the fields of clinical research where very good results are currently being obtained.

Learn how to grow Magic Mushrooms 🍄
(anywhere in the world)

Our friends at DoubleBlind Magazine run a comprehensible Magic Mushroom Growing Course. As a Microdosing Institute community member, you get 20% off!
Access the course and save 20%

To prepare the dose as accurately as possible, we advise to dry your Magic Mushrooms, weigh them, and put them in capsules. Follow these steps to prepare your dose for microdosing Magic Mushrooms.

Another option is to dry the Magic Mushrooms in the oven. Set the temperature to max 113°F (45°C) and leave the oven on for +/- 48 hours. Because this is a waste of energy, we encourage the fan method!

After the Magic Mushrooms have been pre-dried, they need to be dried thoroughly to grind them into fine powder.

Preferably wait until the last flight of shrooms has been dried before you grind them. Grind them into fine powder. This works best using a coffee grinder. Because the different parts of the Magic Mushrooms can differ in potency, it’s important to mix everything well to ensure a constant potency when microdosing Magic Mushrooms.

To make microdosing Magic Mushrooms as effortless as possible, we advise encapsulating them and preparing your microdoses ahead of time.

If it’s your first time microdosing Magic Mushrooms and you have not found your sweet spot yet, you can prepare several microdoses with different quantities. For example, prepare at some capsules with different quantities, 0.1 gram, a dose of 0.2 gram, and one with 0.3 gram. To find out which dose is your sweet spot, start with the lowest dose. If you feel this microdose is too low, take a higher dose the next microdosing day. Read more in-depth how to microdose.

Once you have determined your sweet spot, you can fully get started with microdosing Magic Mushrooms and prepare a larger amount of capsules. If you don’t feel like tinkering with it for a long time, you can use a capsule machine.

Find out how to join our community of 6000+ microdosers, build meaningful connections and contribute to each other's journey. #FindTheOthers
Connect with fellow microdosers