This method of combining (stacking) multiple substances, first mentioned by renowned mycologist Paul Stamets, has quickly gained popularity in the microdosing community, and for good reason.

Lion’s mane, known in Japan as a mountain priest mushroom, in its regions of origin has been used to strengthen health and support brain functions for a long time already. Lion’s mane stimulates the brain to produce more NGF (nerve growth factor), which is responsible for production, growth and maintenance of neurons in the brain. As we age, the activity of the neuropeptides decreases, leading to a deterioration of brain functions. In other words, NGF helps to keep the brain vital and healthy. 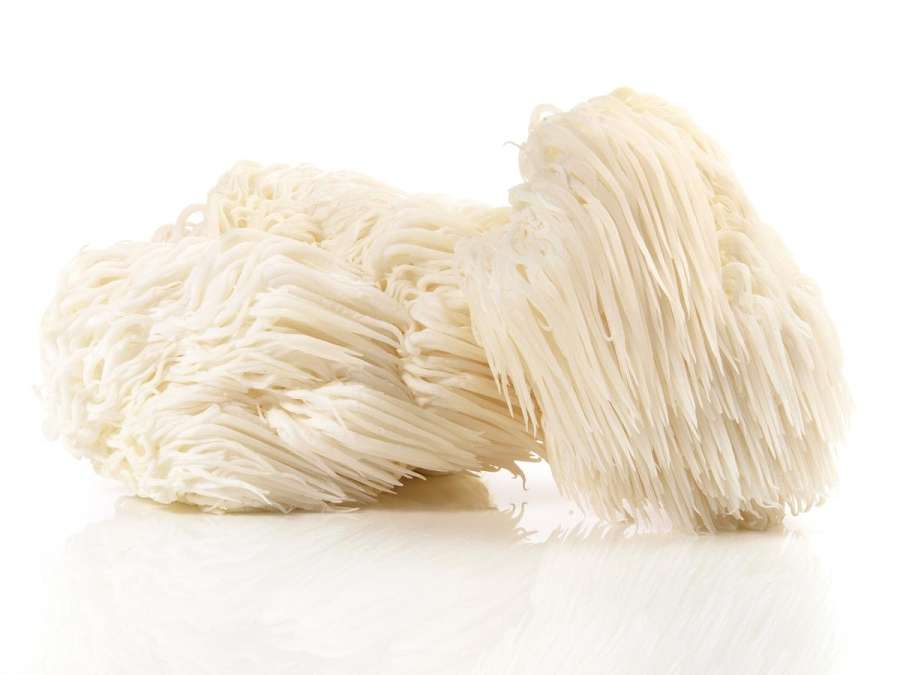 NGF stimulates the production of new myelin sheaths. A myelin sheath is a protective layer around the nerves that accelerates the conduction of stimuli between the cells. When these sheaths are damaged, as in Alzheimer’s and Parkinson’s disease, the stimulus conduction is much slower. Lion’s mane and NGF are currently used in the development of treatments for these diseases.

Discovery Made by Mycologist Paul Stamets

Paul Stamets is a world famous American mycologist, author and advocate of bioremediation and medicinal mushrooms, as well as a new tested and patented microdosing formula. According to Stamets, the combination of psilocybin, niacin and Lion’s mane has a significantly positive, sustainable effect on the brain.

The method Stamets describes is called “stacking”. You can find it’s formula below: 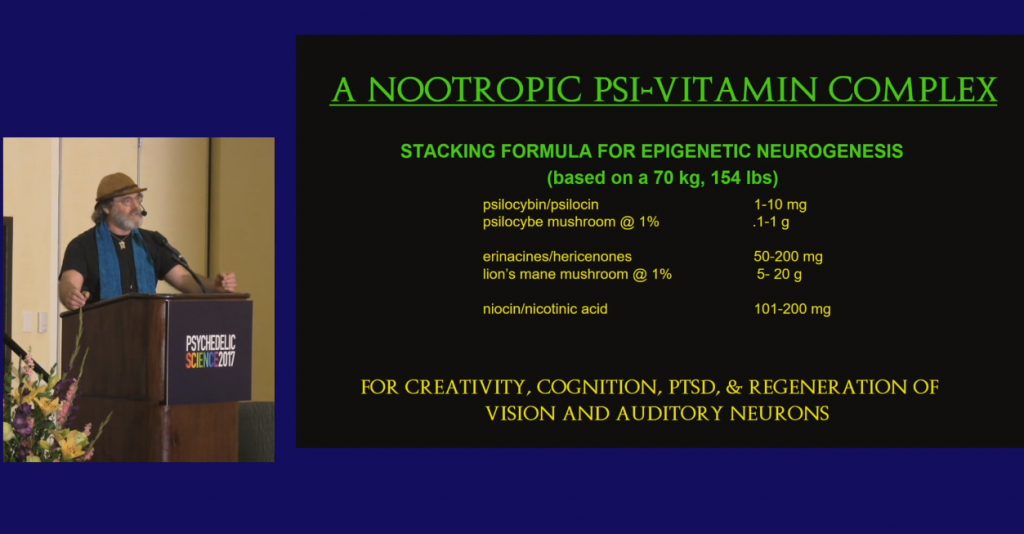 The protocol which, according to Paul Stamets, fits best with the presented formula looks like this: 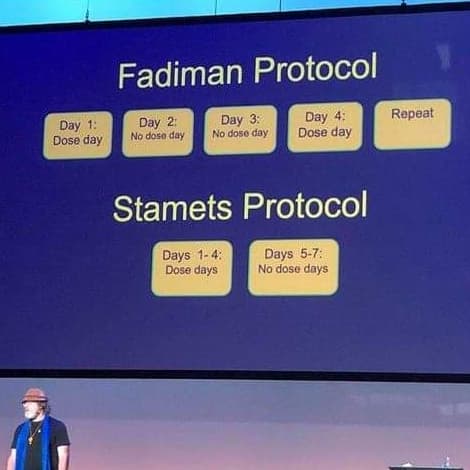 All ingredients for stacking (psilocybin, niacin and Lion’s mane) can be purchased through our partner shop (European Union shipping only at the moment!).

Nicotinic acid, also known as vitamin B3, vitamin PP or niacin, is a vitamin that is created in the body from amino acid tryptophan. It is obtained in the diet from a variety of whole and processed foods (on the label as E375).

Although the names are similar, nicotinic acid is essentially different from nicotine in tobacco. To avoid confusion with nicotine, it is also referred to as niacin.

When you take niacin in a dose of 100mg or more, you will likely experience a flush-effect. A tingling sensation and redness in the face, neck and arms. This is completely harmless and, when stacking, it has an important function which is described below.

Therefore, do not purchase the ‘no-flush’ variety of niacin. If your reaction to niacin is very intense at 200mg, lower the dose to 100mg. Most microdosers report that the flush-effect gets less intense once their body gets used to the stacking routine.

Nicotinic acid has an important role in energy and protein metabolism. It is the precursor to the nicotinamide part of important coenzymes, like nicotinamide adenine dinucleotide (NAD/NADH and NADP/NADPH), which are involved in many biochemical reactions, for example the citric acid cycle. Without this vitamin, a proper metabolism such as synthesis of proteins, fats and carbohydrates can’t exist. Nicotinic acid has an anti-oxidative effect and participates in many enzymatic processes. It is important for the regeneration of the skin, muscles, nerves and DNA.

The Future – According to Paul Stamets

“Humans have more in common with fungi than any other kingdom”; some say that people came from fungi and they are our elders. Mushrooms can kill us, feed us, send us on a spiritual journey and heal us. At the level of the microdose, psilocybin has a largely subperceptual effect. Within that hardly noticeable effect, it has the potential to reduce anxiety and irritability, enhance cognitive functions and creativity, increase socializing, provide a greater general sense of well-being, and reduce the effects of aging.

Through this greater sense of well-being, our immune system gets stronger. Therefore, too, Stamets argues that the combination of psilocybin, Lion’s mane and niacin has the potential to correct the direction of humanity by promoting self-awareness, health, well-being and recognition of the interconnectedness of all life.

Psychedelic connoisseur, author and podcaster James W. Jesso published a podcast in which he talks about his experience with stacking. You can watch it below.

There are some interesting articles on the topic of Lion’s mane. We’ve gathered some of them below:

An interesting article from Huffpost about How Lion’s Mane Works:

Mushrooms provide a vast array of potential medicinal compounds. Many mushrooms are well-known for these properties, but the lion’s mane mushroom, in particular, has drawn the attention of researchers for its notable nerve-regenerative properties. READ MORE >>

How Stacking Works with Lion’s Mane published by Medium:

A few months ago, I wrote about my own perspective on Stamet’s niacin, psilocybin, lion’s mane, stack (NPLS). The article left myself and readers hungry for more information. Lion’s Mane gave me back my brain after years of epilepsy, but Stamets was clearly talking about something more than that. He was talking about a nootropic game changer. He even used the words ‘Quantum Leap’. READ MORE >>

Lion’s mane mushroom – also known as “bearded tooth fungus” or “hedgehog mushroom” (or hericium erinaceus in the fungi kingdom) – grows wild in North America, Europe, or Asia, but you may also find it in many nootropic supplements available today. Its use goes back hundreds of years in traditional Chinese culture as a tonic for supporting overall health and longevity. Fortunately, its use has spread from China and Japan, and it’s now easily available to anyone who wants it. Here’s a closer look at some of the benefits of this fantastic fungus – all of which are supported by research. READ MORE >>

Do You Have Experience With Stacking Lion’s Mane?

Your story is powerful

Sharing your experience can give both the Microdosing Institute and other members of the microdosing community important insights.
Consider taking a couple of minutes now, to write down your - positive and negative - experiences with microdosing til date.
Share now