Psychedelics are experiencing a true renaissance and people are getting particularly interested in microdosing. But what exactly is microdosing, what does the current research look like and what are the benefits?

Microdosing is the use of minuscule amounts of psychoactive compounds like LSD, Psilocybin and a variety of other prodrugs. It is often seen that prodrugs are used for microdosing as many countries allow these compounds as research chemicals. The process of microdosing is simple but requires planning. It is important to note that the actual microdose varies per compound. For instance, a microdose of dried psychoactive mushrooms is between 0.10 grams and 0.30 grams. One microgram is one-millionth of a gram and for a microdose of 1cP-lsd, a prodrug of LSD, 5 to 15 micrograms will be sufficient.

The microdosing routine most people follow is set up by James Fadiman, one of the world’s leading psychedelic researchers. The effects of a microdose can be felt for two days. It is therefore recommended to take a microdose on day one and four to control the dosage. Regular usage can also cause the body to build a tolerance to the compound. The maximum routine length should be eight to ten weeks, followed by a month break before starting the next routine.

There is still very little research on microdosing but the subject is gaining more attention. Nadia Hutten is a Dutch researcher at Maastricht University and is currently conducting research in collaboration with the Beckley Foundation. She explains that their research consists of two studies on the effects of microdosing with LSD. One study has been completed and focussed on microdoses of 5mcg, 10mcg and 20mcg. This dosage range is in order to determine which dose has an effect on emotion and cognition, compared to a non-active placebo such as a sugar pill. The results of the study were defined in a dosing range that presented positive effects.

The second study is currently being conducted and builds on the results of the first study. Hutten explains that people usually take several microdoses for a few weeks. The follow-up study, therefore, focusses on whether this set routine with an LSD microdose would achieve the same positive effects on emotion and cognition.

Hutten argues that the research on the long-term effects of microdosing has not been sufficient. “There are very few studies that focus on microdosing with psychedelics and the studies that do mainly look at the direct or short-term effects.” Hutten only knows about one study by Bershad et al. (2019) that focussed on the effect of a microdose of LSD (13mcg) on the brain of healthy volunteers. These first findings present a change in connectivity in parts of the brain that are related to depression. Hutten says this is promising but that more research is needed to determine the long-term effects.

Hutten believes that microdosing psychedelics is not a miracle treatment and that it won’t work for everyone. “There are patients who don’t respond to anti-depressants and there will be people who won’t respond to microdosing with psychedelics.” When there is enough evidence that microdosing could benefit our wellbeing on the short and long-term, the next step will be regulation. This is important for the future, with certainty about purity and dosage. Hutten says that “if you don’t know how much LSD is on your blotter, you’ll have to try different doses. The problem is that a dose of LSD can easily be too high.” She adds that it’s also uncertain whether the blotter contains pure LSD or if there are other substances mixed in.

What are the benefits?

Jakobien van der Weijden and Hein are the founders of microdosing.nl, a Dutch website that informs people on the whole spectrum of microdosing. She explains that microdosing is designed to be sub-perceptual, meaning you don’t experience any effects that would affect your daily life in a negative way, such as hallucinations. People have reported a wide variety of effects from microdosing. Many claims to be more focussed and inflow during the day. “They say they are more in contact with themselves. It stimulates people to live in the moment, which makes their daily life easier and better in general.”

Van der Weijden explains that some effects can be experienced as positive and negative. Feelings could come on stronger which affects both happy and sad emotions. If you already feel sad, or you’re grieving, it could make you feel more emotional. But then again, it also makes your positive feelings come on stronger. Overall, it is argued that there are more positive than negative effects and the difference between compounds is mainly dependent on the individual. Expectations affect the experience. Therefore, if you want to be focussed you can slightly direct your experience towards this. The main difference between the different compounds like LSD, Mescaline and psilocybin is duration. LSD could last for about ten hours and psilocybin four to six hours. Van der Weijden believes that the effects of different compounds in microdosing are too complicated to generalise. The research is now exploring the long-term effects, which will be of great importance for the future of microdosing.

Jakobien van der Weijden:
“People now simply get anti-depressants prescribed and might feel a bit better, but they still don’t know why they feel depressed”

Van der Weijden has been active for the psychedelic society of the Netherlands and noticed there was insufficient information available on microdosing. She wanted people to be able to share their experience and to learn from each other. Microdosing.nl started working with researchers who showed a particular interest in this project because of its first-hand experience.

Even though Van der Weijden believes in microdosing, she would never say that the world would be better off if everyone started doing it. “We try to be cautious because we don’t want people to see psychedelics as some kind of miracle drug. There is a lot more to it than just using the drug,” she explains. The aim of the website is to inform people. However, by giving full information on microdosing they hope to take out any remaining part of the stigma for people who are more afraid to use psychedelics.

Van der Weijden says that “people now simply get anti-depressants prescribed and might feel a bit better, but they still don’t know why they feel depressed.” She believes that microdosing, in combination with self-exploration and therapy can help the patient to delve into the reasons behind their depression. This deals with the cause of the depression rather than just the symptoms. Van der Weijden believes that a similar process like cannabis could change the regulations. “If you can offer a very good alternative which then becomes the mainstream and most logical solution to a problem, the law could be adjusted to this. The same happened to cannabis in the US, so it is definitely possible.”

Van der Weijden is certain that in the next five to ten years research will have proven that microdosing can help treat the likes of ADHD, OCD, social anxiety and depression. “The pharmaceutical interest at the moment is helpful and a solution to legislation will hopefully be found soon.” In time, she hopes that microdosing will be used in combination with therapy and that patients will be able to treat their mental health and truly understand the underlying reasons for their depression.

It is fair to say that microdosing is very promising, but even though it has gained an incredible interest, it has a long road of research and regulations ahead. The next decade will determine if and how psychedelics will be incorporated as a regulated treatment.

Thank you, Cas, for sharing your article with us. We really appreciate it.

2 thoughts on “Microdosing: A New Diet for Higher Life Quality?” 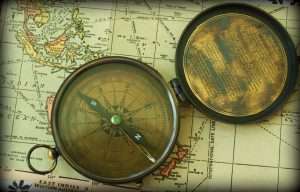 A Moral Vision for Microdosing

We proudly present ‘a moral vision for microdosing’ written by the philosopher John Newton. He wanted to share his vision with us.    In psychedelic culture, spirituality is typically discussed as