A Moral Vision for Microdosing

We proudly present ‘a moral vision for microdosing’ written by the philosopher John Newton. He wanted to share his vision with us. In psychedelic culture, spirituality is typically discussed as the experience of self-transcendence, a sense of oneness, or as the realization of a deeper self.

We can see this expressed in a variety of memes, such as universal consciousness, divine intelligence, shamanic journeying—interpretative tools that emphasize spirituality as an otherworldly, cosmic, or transpersonal phenomenon.

Integration of a psychedelic experience

Part of what can make integration so challenging is that the spiritual memes are not easily reconciled with more mundane aspects of worldly life, and can often lead to a dichotomy between the cosmic and relative, the spiritual and the material.

Coinciding with the interest in integration is microdosing, and for many, this is a way of using psychedelics that is much more conducive to integration. Yet as a cultural phenomenon, microdosing is often discussed in an individual context, with business consultant-style memes such as enhancing productivity and problem solving, entirely divorced from spirituality in order to appeal to secular, rational-centric society. These memes are also used as branding for courses aimed at coaching people how to use microdosing to develop their career, as well as to attract funding for research.

Rather than being a catalyst for mystical experiences, in microdosing psychedelics are marketed as a cognitive enhancer, a smart drug to improve cognitive faculties. Spirituality may still feature, but in a way that is reminiscent of ‘Mcmindfulness’, the secularizing of meditation, where it is trivialized as a wellbeing lifestyle choice, the latest fad in the happiness industry. The result is a focus on individual development that undermines the efficacy of the collective to aiding inner growth.

Is there an alternative to microdosing?

In many ways this could be a positive cultural trend, opening more minds to a supportive tool. But if psychedelics can enhance the influence of suggestibility, then they can be marketed towards enhancing a variety of states and traits. With this in mind, what if microdosing was marketed as a moral enhancer? What would be the individual and societal benefits of such a branding?

For those who have experienced transcendent states through psychedelics, or who consider spirituality important in their lives, microdosing represents a precious opportunity to express an aspect of spirituality that has been largely ignored in new age and psychedelic culture.

I am speaking of ethics and morality—our individual and collective values, aspects of spiritual life that were undermined in the new age spring-cleaning of religion.
Considering the fear- and guilt-based moral conditioning of religion, this abandoning was understandable. But as psychedelic culture matures through its contemporary renaissance, from its early days as a countercultural catalyst, to its modern guise as a psychiatric medicine and cognitive enhancer, it is important to reflect on how the spiritual might be integrated in this process of change.

The microdosing trend represents a golden opportunity to creatively reintegrate ethics and morals of virtue into modern spirituality. It is an opportunity to consciously embody the notion of interconnectedness, perhaps through making more ethical consumer choices, or in deeper listening to another. Actions such as these can be seen as expanding the self to include that which is normally considered ‘other’ and separate, bringing greater consciousness into everyday situations and activities.

What is so disturbing with the rhetoric around microdosing is that it trivializes psychedelics as a self-improvement fad. It makes the spiritual mundane when it could make the mundane spiritual. We see a similar pattern with how mindfulness has been popularised, co-opted to support the current socio-economic system through individualizing stress and depression, isolating these problems from their systemic identity.

Considering that this appeal to individualism is probably why microdosing has been popularised in mainstream media outlets, its rebranding as a moral enhancer would not likely be very popular. But as members of the psychedelic community, don’t we have a moral imperative to protect microdosing from becoming another tool to maintain the unhealthy status quo of workload exhaustion and burnout?

This integration of morality and ethics in spirituality is particularly pressing when we consider where microdosing is being applied—Silicon Valley, the supposed leading domain of cultural innovation. Powerful corporations such as Google and Facebook are the design hubs of our future. Modern humans increasingly spend a large majority of waking hours in online environments that have a significant impact on our thoughts, attention, behaviors, and social relationships.

As former product design ethicist Tristan Harris has pointed out, persuasive technology is designed to maximize user attention and time, a goal in which ethics is deemed irrelevant. Much of the design of online environments, particularly social media sites, are built on this premise. Rebranding microdosing as a moral enhancer has the potential for facilitating a shift of emphasis in the tech world on maximizing user attention to maximizing user wellbeing. A design that is informed by ethics would be an example of making the mundane spiritual.

Considering how much of our lives are spent online, it is odd how little discussion there is on how these environments could better be used to facilitate well-being and enrich consciousness. Perhaps we are still operating under the assumption that virtual space is less real than physical space. While there are apps that help users cultivate a more mindful relationship with technology, such as Moment, an app that gives users feedback on their screen time, much more innovation is needed.

As our relationship with technology is largely driven by habit, microdosing could be used by both the designers and users of apps that are ethically-informed, as a way to bring more mindfulness to the use of data and technology. This can also be done through content, as with the subreddit Change My View, a platform where users can learn, rather than simply reinforce beliefs as with the echo-chamber mechanism of most social media outlets. But content is always contextualized in a design. Microdosing could be used to apply creativity towards building technology based on a moral principle—to serve the wellbeing of the user.

Psychedelic research has so far largely remained in the medical context, and although research into microdosing offers a different strand through exploring cognitive enhancement, there is a great need to diversify beyond this individual context. With the aid of a ‘moral enhancer’ meme, the range of states in which moral domains are experienced could be researched with psychedelics, in laboratory studies, and in daily life, potentially helping cultivate greater moral and ethical intelligence.

Engaging altered states in the everyday domain of morality holds much promise for an appropriate integration of psychedelics with the wider culture, particularly considering the increasing importance of ethics and morality in cultural issues such as persuasive technology. When it comes to the possibility of enhancing problem-solving skills through microdosing, what kind of problems do we want to aim for? Is there anything more important than solving the ethical problems that beset us? These questions can bring contemplation in how microdosing can be used as a tool for embodying the spiritual in the everyday.

1 thought on “A Moral Vision for Microdosing” 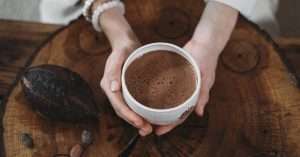 Cacao And Microdosing (Psilocybin) — A heart and mind opening combination

This is a guest blogpost by Erik and Leonie from Pure Kakaw. They visit cacao origins personally to scout special quality cacaos and import these directly from the farm. It’s

Psychedelics are experiencing a true renaissance and people are getting particularly interested in microdosing. But what exactly is microdosing, what does the current research look like and what are the