Learn How to Microdose Now!

Microdosing and Creativity — How Are They Connected?

There seems to be a connection between psychedelics and creativity if we have to believe the growing number of world-famous scientists, artists, and business leaders who claim the profound influence of psychedelics on their work. This list includes Steve Jobs, Aldous Huxley, Susan Sarandon, Dr Andrew Weil, and The Beatles. It’s almost common that people frequently link the use of (macrodoses of) psychedelics to creativity. The same holds true for microdosing, but how are microdosing and creativity connected?

Before we dive into the connection between microdosing and creativity, it’s interesting to consider what creativity is in the first place — a concept seems very abstract. Creativity is described as follows: “Creativity is a multilayered phenomenon, commonly defined as the ability to generate ideas, solutions, or products that are both novel and appropriate. Creativity is not a unitary function but consists of a number of subcomponents that provide different, to some degree opposing cognitive challenges.“123

In other words, creativity is an occurrence that has various layers or components that include coming up with new and innovative ideas, solutions, or products that are appropriate to a situation. We can see this definition nicely reflected in Dawid’s experience of microdosing and creativity. Dawid, a Microdosing Institute community member who uses microdosing to increase his creative process. He is a visual artist and student at Gerrit Rietveld School of Art & Design and works with 2D graphics, drawings, and graphics programs on the computer. Since he started attending the art academy, he microdoses with truffles or mushrooms ad hoc; whenever he feels like it.

“The most important thing in my practice is conceptual thinking. The idea comes first, and then I look for a medium to express it the best way possible. I believe microdosing helps me to be more connected — with the process and myself. I’m more into experimentation, which is a crucial element in my practice, as it requires new ways of approaching things we already know.

I think microdosing helps to step out of the comfort zone and stimulates my curiosity: what will happen if I press this or that, and so on. I have always been very philosophical, and I don’t feel like it has affected my mental abilities much. But I believe the joint venture of working with hands and brain is a much better setting for noticeable effects of microdosing for me.”

How can we measure creativity?

It seems practically impossible to quantify creativity in numbers. We don’t hear claims such as, “Today, I was 38% more creative than yesterday”. Still, various Microdosing Institute community members have made strong claims about how microdosing greatly enhanced their creativity. We can begin to explain this increase in creativity while microdosing when we look at the possible effects of microdosing listed:

This list, which can be found on our “why microdose” page included effects of microdosing that are very likely connected to creativity, like being able to stay in a creative flow longer. We can also see some effects that aren’t necessarily equal to “more creativity” but could support a creative process.

However, there are measurable concepts that are very often linked to creativity — one is divergent thinking. Joy Paul Guilford, an American Psychologist, coined the term, which is a way of thinking that generates creative ideas or a collection of various solutions to a loosely defined problem.4 For example; to make a list with all possible uses for a brick you need cognitive flexibility and free association to come up with answers such as building, throwing, as weight, as a weapon, etc.

Divergent thinking links quite logically to creativity. It typically occurs in a spontaneous, free-flowing way, so that many ideas sprout in as a result of cognitive process. When a person uses divergent thinking, various ideas are explored in a short amount of time, something as a result of making unexpected connections. This process is nicely demonstrated by Susana, a photographer and visual artist from Amsterdam. She is known for her splendid nature- and concert photography. She has been microdosing on and off for several years with dried Golden Teacher mushrooms.

“When microdosing, I notice a lot of differences in my energy level, motivation and focus, but most importantly, I really feel it brings more color to my life. I think more creatively and easily make connections. This leads me to experiment more, in different areas of my life. For instance, when I was doing music photography, I would be more open to different techniques, do double exposures, and use the light differently. I just feel I have more ideas, more fluidity in my creative processes and don’t overthink things as much. I just go for it.”

Convergent thinking is considered logical thinking and the first impression is that this would actually inhibit creativity. However, when we only have an divergent/associative way of thinking in our creative process, it can be counterproductive; going from one thought to the next, never arriving anywhere. Only when it’s contained by a definitive and relatable form does it have the potential to sprout a creative product. Convergent thinking helps us be persistent and definitive about the creative decisions we make. In other words: it helps make the creative process more concrete.

The following microdosing experience from Maartje demonstrates this process. Maartje writes articles for her psychedelic blog adifferentpointofview.nl. She only microdoses with LSD on special occasions such as social gathering or during a creative project. Microdosing helps her focus, be productive, and increases her ability to more freely associate. When writing it helps her make connections she otherwise wouldn’t.

“When microdosing, I quickly make associations with images, thought, and ideas. One thing transforms into another, ideas become more fluid, helping me make connections that I normally wouldn’t. Through that, the subjects I write about and the way I write about them, become much more colorful and experimental. The next step is to bundle all those ideas into one concept. I notice that microdosing can give me the sense of focus I need to make that happen.”

Research into microdosing and creativity

When looking at microdosing and creativity specifically, at the time of writing there are unfortunately very few scientific studies to date. In 2018, L. Prochazkova et al. published a study in the Psychopharmacology journal investigating the effects of microdosing on creativity. The study was conducted at a Psychedelic Society microdosing event with a group of thirty-eight volunteers. The Psychedelic Society provided microdoses of magic truffles, of which each participant took an intuitive microdose (0.5-1 gram) in a natural setting.

To test creative thinking, they were asked to perform several tasks. The Picture Concept task, which tests the ability to find an association between images, was used to measure convergent thinking. Divergent thinking was measured by doing the Alternative Uses Task in which they asked the participants to write down as many uses as possible for common household objects in a limited amount of time. The researchers took the number of responses into consideration, but also the number of different categories of the responses, how elaborately the volunteers described the solution, and the originality of their answers. Additionally, because convergent thinking is correlated to fluid intelligence, the ability to solve novel reasoning problems, they used the Raven’s Progressive Matrices tasks to measure any changes in that area. All tasks were performed before and after taking the microdose.

A new study into psilocybin and creativity

In April 2021, the scientific journal “Nature” published a study from Maastricht University, showing once again that psilocybin might enhance creative thinking. The subjects for this experiment were given  0.17 milligrams of psilocybin per kilogram of body weight. This is not a microdose, but still a lower than average dose. These findings support previous claims that psychedelics have the ability to reduce conventional, logical thinking and stimulate the emergence of new thoughts.  This study seems to suggest that microdoses of psilocybin can reduce acute convergent thinking and increase spontaneous divergent thinking.

Your participation in a microdosing study helps to build a better understanding of microdosing and its wide-ranged effects through science.
Become a citizen scientist

The connection between microdosing and creativity

Video Course: Learn how to microdose 🧭

Our comprehensive, practical video course guides you step-by-step through your microdosing journey. In just 2-4 hours, you'll go through all the important aspects: from preparation and practicalities, to result tracking, optimization, and integration.
Request video class #1 for FREE 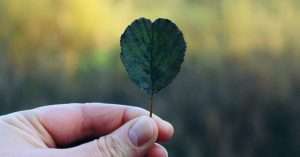 Microdosing And The Middle Way: Tools To Find Inner Balance In Times Of Disconnection

This is a guest blog by Federico Conde. He shares with our community three tools to find inner balance as we collectively navigate the current times of disconnection – from 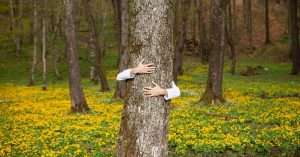 9 Tips on Practicing Self Love from Kasper van der Meulen

First up, who is Kasper van der Meulen?​ When receiving advice, it’s essential to understand where someone is coming from, especially when it comes to self-love. In short, Kasper van