Microdosing while breastfeeding: How safe is it?

Many soon-to-be mothers want to know: can microdosing magic mushrooms while breastfeeding harm my child?

The potential for toxicity is the primary fear factor. Even though mushrooms or truffles containing psilocybin are pharmacologically considered a very safe substance, they ask: Can it harm my baby directly? Will my child notice the effects? Could it limit them in their development?

Let’s start with a simple statement: there are no studies that have looked into psilocybin and breast milk. As psychedelics move towards becoming legitimate treatments for mental health struggles, it is hopeful that this will warrant more research into the subject. However, for now, microdosing psychedelics during the breastfeeding period is brand-new untested territory in the scientific space.

This article provides a holistic overview of facts and opinions regarding microdosing and breastfeeding so that mothers may make a conscious decision on this matter. We will also look towards available scientific inquiry on psychedelics and pregnancy. Topics covered include:

As of today, the health implications for adults who microdose on the long term are unknown, let alone for a developing infant. Currently, there are no longitudinal clinical studies on adults who microdose with magic mushrooms or any other psychedelic substances. In the short to medium term, the benefits of microdosing for most population groups seem to outweigh the risks though, especially when comparing microdosing with a psychedelic substance with taking antidepressants or ADHD medication for prolonged periods of time.

However, this does not imply that microdosing is completely harmless, and there are currently inquiries underway to identify the impact of long-term use on both heart health and the potential for increased mineral deficiencies – which is an often overlooked but paramount factor in both physical and mental wellbeing.

The number one reason why some moms may consider microdosing magic mushrooms or another substance (occasionally) while breastfeeding is for mental health support post-pregnancy. They intuitively know that taking responsibility for their mental health is now more important than ever. Most women keep the best interest of their baby in mind, and ask themselves the honest question whether their child might be worse off if they transmit anxiety, stress, irritability or depression – either energetically or through breast milk – to their newborn.

Some indigenous perspectives on microdosing while pregnant or breastfeeding

Information on the ancestral use of mushrooms while pregnant or breastfeeding is limited – even though the spiritual use of magic mushrooms goes back to at least 5000 BC. However, Ayana Iyi, ancestral healer, psychic and medium who works at the crossroads of psychedlics and giving birth / motherhood, considers psilocybin a safe, effective and important medicine during these times.

Other substances do show us they have a long history of consumption by pregnant women. Consider the Shipibo-Konibo group of the Peruvian Amazon, who consume ayahuasca, and the Wixárika (Huichol) group in Mexico and Southern USA and who’s rituals involve sweat lodges and Peyote cactus. They both argue their rituals are harmless to unborn babies, and babies who receive their mother’s milk, and to the contrary, there are many benefits for the baby and the mom alike.

Amongst the Shipibo, taking small doses of ayahuasca in ceremony while breastfeeding is common, across this culture, curanderos state that it supports both the mother and the baby and helps them to be even more in alignment with one another and with spirit.

A very similar ideology lives amongst the Wixárika (Huichol) people. They believe that during their ceremonies during which a pregnant woman may decide to consume peyote medicine, the active substance, mescaline, reaches the fetus. In the fetus it may actively impact the brain areas, systems and functions (i.e. visual, auditory, sensory) to the extent to which they have developed at that point of the pregnancy. This means that the mother consuming a ceremonial dose of peyote will likely provide the baby in her womb with an impactful, multisensory experience.

After consulting with their shaman, some women intentionally consume plant medicines, in various doses, throughout the entirety of their pregnancy. Others wait until the first term has passed. The Wixárika people believe unborns and children of all ages may benefit from this exposure to the medicine from a really early age, including the possibility for these children to cultivate increased awareness, increased sensitivity, and even psychic powers – potentially preparing them to become a shaman one day.

Shamans and women alike, believe that these practices have a stimulating effect on the cognitive abilities of the baby, and that this benefit extends itself when breastfeeding.

Peyote specialist Stacy Schaefer, Phd, underlines that for thousands of years, this has been the practice: “We would not recommend it, but it must not be maladaptive, otherwise it would not have withstood over time.”

Regarding these traditional practices, we must also be aware that cultural context is important, and while there is clear evidence of safe psychedelic use during pregnancy and breastfeeding in other cultures, it does not imply that this information is directly applicable in non-traditional settings.

There is a small but growing community of modern healers, medicine women and midwifes who work within ancestral healing tradition on womb-care, pregnancy, giving birth and motherhood. If you’d like to learn directly from them, at the end of this article we offer a few vetted resources.

Is there a protocol for breastfeeding that ensures the baby is not affected by the microdosing substance?

By now it should be clear what a difficult, multifaceted question this is, which in summary, centers around mom’s mental health versus all of the baby’s nutritional and developmental needs. Since this hasn’t been researched by Western science, and for common microdosing substances such as psilocybin and LSD at all, we have no access to definite answers. It will be your own decision at the moment. You have to weigh the potential adverse effects to your child with the potential benefits you seek to experience from microdosing.

Psychiatric nurse practitioner C. J. Spotswood wrote in their book, The Microdosing Guidebook: A Step-by-Step Manual to Improve Your Physical and Mental Health through Psychedelic Medicine (2022):

Psilocin and psilocybin are eliminated through the kidneys, most of which occurs within the first 3 hours after oral ingestion and completely within 24hrs (Hasler et al., 2002). LSD on the other hand is metabolized through the liver and is metabolized in a potentially inactive metabolite 2-oxo-3-hydroxy-LSD (Dolder et al., 2017). Due to dosage being a microdose, James Fadiman asserts that if individuals wait at least 6 hours between microdosing and breastfeeding there shouldn’t be any concerns (Morski, 2021). Additionally, there is no evidence that either substance is eliminated through breastmilk. Again, please talk with your medical provider about this. I am not saying it is 100% safe, but there is no research that supports or disproves safety concerns.

This suggests that microdoses of pyschedelic substances can be metabolized and excreted within 24 hours. Extrapolating this to a breastfeeding mother – if a mother decides she needs to experiment with microdosing at this time due to her own health needs, then a suggestion could be:

Please note that this protocol may minimize risk associated with microdosing while breastfeeding, but does not eliminate it.

In our global community, some women have opted to microdose following this suggestion, and have found that it helped them manage their depressive symptoms which would have also impacted the wellbeing of their babies/families. In physiology, all the body’s systems are connected, and the question science needs to look at is how irregular and regular microdosing might impact the child’s brain, hormone and immune systems.

Of course, another option is to not microdose while breastfeeding, and to support a mother’s mental health via non-substance based healing routes such as talk therapy and optionally ween from breastfeeding earlier.

The LD-50 test shows that from a toxicity standpoint, psychedelic earth medicines are among the safest substances, especially when compared to the common Western medicines (morphine) used before childbirth. This test allows the researchers to determine the amount of material, given all at once, that causes death in 50% of a group of test animals. The outcomes show that psilocybin (250 mg/kg) and mescaline (370 mg/kg) are safer than aspirin (200 mg/kg) and morphine (200 mg/kg). LSD (50mg/kg) is very potent and therefore becomes toxic in a smaller dose.

The test has also been performed on pregnant lab rats resulting in no deaths to mothers or children. Looking at the study’s design and outcomes, we can note a few more important remarks. One, these substances were injected directly into the bloodstream, whereas natural consumption passes through the body’s metabolism; tissues, stomach, gut before entering the bloodstream in a much smaller quantity. Secondly, the administration was about 3-5 times the average dose that is regarded as necessary for psychedelic medicine / therapy / ceremony, which is still 10-20x larger than a microdose. Thirdly, this experiment demonstrated that the placenta functioned as an effective barrier to protect the child from being intoxicated.

There are no reports to date regarding the effects of psilocybin on pregnancy. LSD acts as an agonist at both the 5-HT2 and dopamine receptors and accumulates in the placenta. There are very limited reports of the effect of LSD on human pregnancy, with a number of reported cases of ocular (sight-affecting) abnormalities, although in a single case series of 10 women known to have taken LSD during pregnancy, there were no adverse pregnancy outcomes or congenital abnormalities noted.

There are, however, a few from animal studies: in rodent studies, LSD has been shown to have vasoconstrictive effects on both the uterine arteries and umbilical arteries in pregnant ewes (sheep), with potential for significant compromise of fetal blood flow. Further, LSD has been shown to have oxytocic effects on isolated rat uterine smooth muscle.

It’s important to note that all of these studies all concern high doses. Also worth noting here, that these animal studies don’t cover what is probably the most important aspect of all: the effect of psychedelics on a fetus or child’s developing brain, which is hard to study.

Psychedelics Today published a more in-depth article on Psychedelics and Pregnancy, which outlines the safety, research and legality.

This limited scientific information is an indicator of exactly this: there is a much larger territory to map and explore regarding psychedelics and pregnancy or breastfeeding. We hope that the scientific community can pick up what ancestral healers are putting down.

It is important to once again highlight that using any of the most common microdosing substances, LSD or psilocybin, during your pregnancy or while breastfeeding is still brand-new and un-researched territory in the West. However, vast anecdotal evidence strongly suggests that microdosing can support one’s mental health, which we recognize can be a common struggle during the life shifts that occur during pregnancy and after.

Given the lack of scientific evidence, we can not recommend for or against microdosing during pregnancy or breastfeeding, and must remind the reader that there can be legal consequences to using restricted or illegal substances. If psychedelics are not legal in your region, utilizing them may result in criminalization or having your child removed from your care.

Mothers seeking to make a conscious decision on this matter should weigh the risks (legal and health both for mother and baby) versus potential benefit, preferably with the support of an expert on this topic.

If you want to discover if the traditional healing perspective may be supportive for you, the following women offer ancestral, plant medicine-assisted education and support on fertility, womb-care, pregnancy, giving birth and motherhood:

We want to learn from you.

Did you find value in this article? Is there anything we’ve missed? Do you know an expert or a source that those interested in this topic may want to consult? Do you have experience with breastfeeding and microdosing and want to share your story?

Connect with our community on Discord and join the conversation! 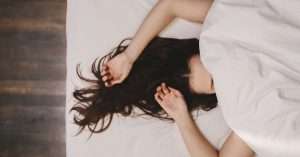 Can microdosing help to improve sleep? 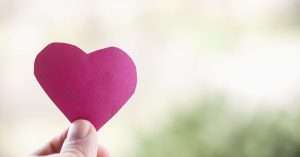